It’s not that long ago that controlling your home via your voice would of seemed particularly far fetched. Voice control in cars had been around in niche vehicles for some time but was fairly unreliable and rarely used after a few unsuccessful attempts of shouting at the steering wheel.

A lot of people see voice control of their home as a gimic, something for the very small amount of people who have the latest and greatest gadget. To some extent we agree – controlling your TV in the living room is always going to be easier with a remote control and for most rooms a traditional control interface will be best – a touchpanel, an iPad or a remote control.

For some rooms though voice control excels – bathrooms, kitchens and gyms are particularly suited to voice control. In kitchens and bathrooms people tend to have wet hands or their hands full and simply being able to say “Alexa – Next track” is a great feature. Gyms also excel, for clients on running machines it is much easier to say a command than fumble with physical controls – literally interupting your stride. Imagine lying in the bath and simply stating what you would like to happen – no risk of dropping devices in to the bath or having to dry a hand before changing the music or lights.

Crestron and Amazon Alexa, Google Home and Apple Siri is still in it’s infancy – all the three voice control systems are fairly new to market with more and more devices being added daily. We have extensive experience integration them in to a Crestron Home Automation system and can enhance the standard offering by allowing full integration. Now it is possible to voice control your entire home – switching lights on, adjusting temperature and controlling your audio video system all by the power of speech.

It is a genuinely exciting time and we can only see voice integration becoming more and more popular – particularly when enhanced by a Crestron system. 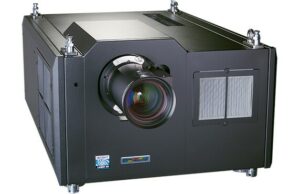