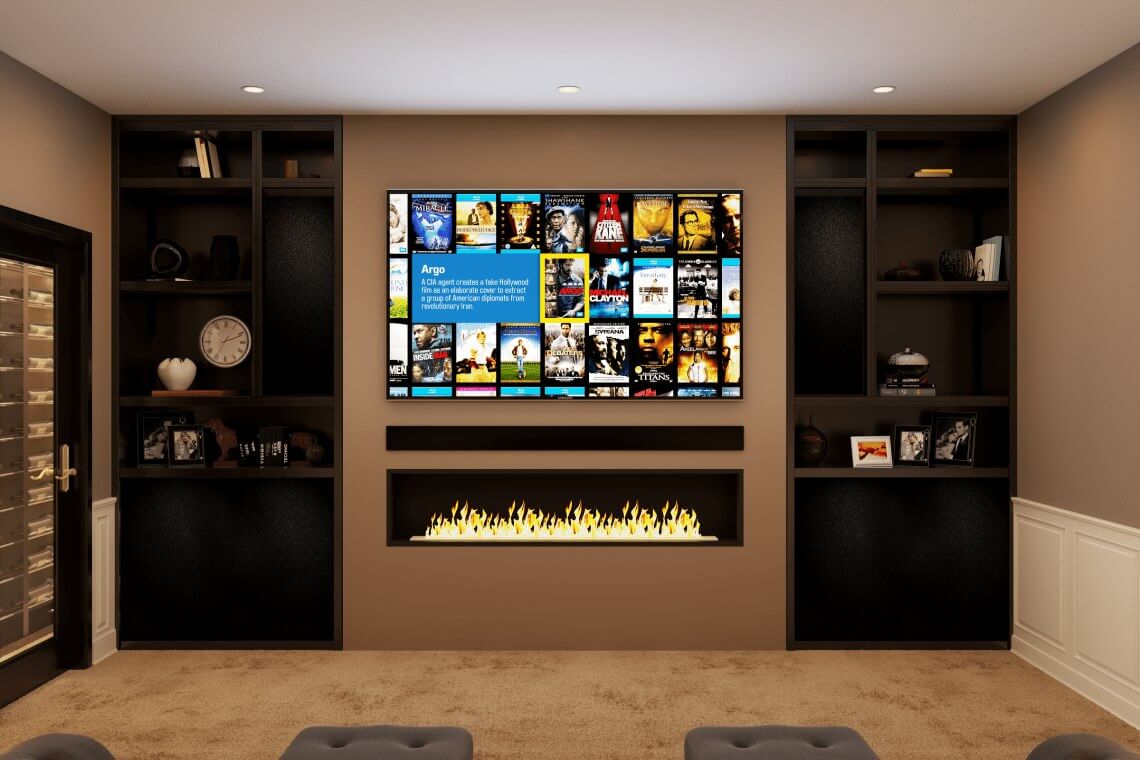 The Anthem AV range of home cinema receivers are our preferred solution for most home cinemas. The MRX-1120, MRX-720 and MRX-520 differ in the number of channels and power ouputs available but are all built with the same values in mind: reliability, power and the all important room correction software. Calibration is key to a successful home cinema – cheaper audio video receivers typically have a microphone and some kind of acoustic software which sets levels and delays – with Anthem the powerful ARC software performs room equalisation and bass management. The result is a system performing at its absolute best – a noticeable improvement from lower quality AVRs.

For larger and more complex home cinema systems the performance and statement ranges are perfect; separate processors and power amplifiers allow total flexibility in design. The Anthem D2V processor is an advanced 7.1 channel preamplifier with ARC, Anthem’s proprietary room correction software. The processor decodes all major formats, including 3D audio, in addition to upscaling and routing HD video. The D2V fits nicely under the Trinnov, providing similar functionality but for rooms which require less channels. The processor is partnered with separate power amplifiers such as the M1 digital amplifier – 1000 Watts per channel! This is capable of driving the largest home cinema subwoofers with ease. When partnered with an Artcoustic speaker package we tend to use the PVA range of amplifiers as the speakers are so efficient that the extra power is not required (1000 watts versus 125 watts per channel).
We are experts in designing and calibrating Anthem AVRs, in addition to having access to the entire range. If you would like any help with Anthem products then please get in touch.