There is no doubt voice control is here to stay and leading the charge is Amazon Alexa. The convenience of being able to start and stop your favourite music simply by talking to Alexa is revolutionary – and that is only one trick up Alexa’s sleeve. Alexa allows a whole host of interactions – add things to your Amazon basket (handy if you have just used the last of an ingredient in the kitchen), find out traffic information for the commute to work or even find the answer to a question which has been annoying you – “Alexa, What’s the meaning of life?”. 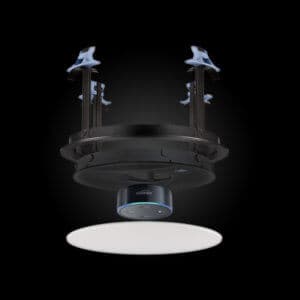 We are a home technology company so this article will be focusing on audio around the home. Alexa allows an easy way to stream music in to areas – Amazon Music and Internet Radio are just a command away. The issue until recently has been audio quality – The Amazon Echo and Echo Dot only have tiny speakers which may be fine for listening to BBC Radio 4 in the morning but aren’t going to allow you to dance round the kitchen in the evening. All the companies (Google, Apple and Amazon all have voice control are competing for this hot emerging market) know this and are bring out a range of solutions to keep the voice control – Apple have released their HomePod speaker, Google Home have their speaker and Amazon have cleverly partnered with Sonos. This partnership means that an Echo or Echo dot can control a Sonos unit, either a Play1, 3 or 5 or even a centralised Connect amplifier. This means you get high quality audio throughout the home with the convenience of Amazon Alexa. You just need to have an Echo or Echo dot in every room you want to control.

Of course, audio is only part of the attraction of Amazon Alexa. Integrating with Origin Valet provides a fantastic audio experience but there is still a lot of power remaining. Integrating with a Crestron Home Automation system unlocks huge amounts of potential – almost limitless control possibilities. In addition to being able to request music playback – via the stunning and hugely powerful Crestron Sonnex Audio System – imagine being able to ask “Alexa, close the blinds” or “Alexa, raise the heating one degree”, even “Alexa, run the bath for Dad”. Anything is possible as a Crestron system is modular and can control anything electrical in the home – we have previously controlled everything from irrigation systems to fire pits. Alexa is just another means of control. 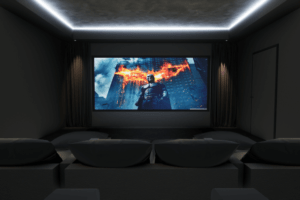 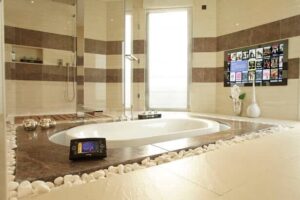